Timberwolves wins on back to back nights? In this economy? Two double digit wins I might add with the second win being the type of dominant performance we have not seen from this Wolves team this season. Minnesota led wire to wire after jumping out to an early lead finishing with a 115–90 victory. After needing 22 games to round up 6 wins last season, the Wolves won their 6th game in their 15th try this season. A modest improvement so far on last year’s dreadful campaign. Let’s recap the win with 5 thoughts on the game.

And it’s really fun to watch when the it is working! The Wolves started the game with a purpose on offense as they moved the ball with energy and genuinely seemed like they wanted each other to succeed. Those good vibes added up to 10 assists in the 1st quarter and netted 34 points in that frame.

Now, hitting shots obviously helps as the “Big 3” each hit 2 three pointers in the 1st with Taurean Prince canning one as well. But the process to create those 3’s was much more appealing than usual. Instead of a Towns post up leading to one pass and a shot, it consisted of drives leading to kick out passes where another guy would drive and kick until they found a good shot. That type of offense is infectious and leads to everyone feeling like they are contributing.

Of course, it wasn’t all sunshine and rainbows. There were times when things stalled and the Spurs made runs forcing the Wolves to play in the half court, but Chris Finch was able to help by calling plays to get easy baskets to get them back on the right track. Overall, this game should be viewed as the blueprint for this team’s offensive capabilities moving forward.

As I mentioned, the offense sure looks better when guys are making shots! A look at the box score reveals that the Wolves bench players converted 9 of their 18 attempts from beyond the arc. Just a lucky night? Possibly, but to anyone watching it does not seem like a surprise that they shot that well on a night when the team’s best players were moving the ball with purpose.

Malik Beasley making 5 of his 11 three point attempts should be the expectation not the exception. His season-long funk has been rough to watch at times, but it was clear that he was determined to shoot himself out of it against the Spurs. The way he hunts his shot is really interesting to observe. Malik is not offered the leeway to dribble around and create for himself, so he sprints around the perimeter, screens, cuts, and generally does whatever he can to make himself available. Beasley is clearly getting in better shape and I would not be surprised to see more nights like this in the near future.

Taurean Prince was finally breaking through in this game as well prior to his ejection late in the 3rd quarter after a hard foul. Prince nailed 3 of 5 threes and confidently shot when he was open. The Wolves need him to build off of that performance because his inclusion as a reliable rotation piece takes a large burden off of others.

Finally the 3rd bench player to receive significant minutes, Jaden McDaniels, was a revelation throughout the game. He consistently came up big both offensively and defensively when the Spurs tried to make a run.

Along with his typical staunch defense, Jaden collected 13 points on 6–8 shooting including making his only real 3pt. attempt (his other attempt was a halfcourt heave). That is exactly what is needed from a high-minute bench player, and the Wolves will benefit so greatly from those types of efficient performances.

Not sure what to think about San Antonio’s outlook

On one hand, it’s the Spurs who have been THE standard for an NBA franchise throughout most of my life. They will right the ship even after a 4–11 start, right? They always do!

However it’s just hard to see it this year. The roster is as young as I can ever remember a Spurs team being, and it is somehow even more imbalanced than the Wolves tiny roster. It is heavy on young guards and smaller wing players with barely a power forward to speak of. Thaddeus Young, likely bound for a trade deadline deal, comes off the bench and plays some PF and some center for them with their injuries to big men.

My two cents is that it’s time for an earnest youth movement in San Antonio, running counter to everything we have seen from them for the past 25 years. Trading helpful veterans for draft picks or young project players is probably the way to start. Thad Young is an obvious candidate, and Derrick White could be another option that could net them a future 1st round pick.

Someone like Tre Jones, a young and promising guard, could then find minutes in the rotation. They also have high-upside young guard in the G League, Josh Primo, that should eventually be brought up to the big club to get some run. All of this will lead to a ton of losing. That’s fine! The Spurs may be rewarded for years of being well-run by getting some lottery luck and landing Chet Holmgren in the 2022 draft. Doesn’t that just seem like a match made in heaven?

The San Antonio Spurs have a legendary coach and a veteran front office. Do they want to undertake a rebuilding project? Probably not. But this team is not likely to win a ton this year whether they blow it up or keep the status quo.

I think they’ve found something with this starting lineup

The starting lineup of Patrick Beverley, D’Angelo Russell, Anthony Edwards, Jarred Vanderbilt, and Karl-Anthony Towns seems to now be the preferred starting group for Chris Finch. It has helped to jumpstart the Wolves offense out of the gate as well as bring energy on the defensive end. The numbers prove that so far with a +45.4 net rating in 63 minutes (via Jake Paynting on Twitter).

The dominant start against the Spurs may inflate those numbers, but the point stands. Jarred Vanderbilt is not likely seen as a starting caliber power forward around the NBA, but with 4 ball handlers around him as well as several high-level scorers he is allowed to be a pure energy big man roaming around on offense and defense just doing helpful things everywhere.

While Vando has been a huge lift to the starting group, the biggest move was swapping Patrick Beverley for Jaden McDaniels. The offense was getting off to brutal starts with both Jaden & Vando in the starting group. Defenses were all too happy to sag off both of those guys to clog things up for Towns and Ant. Now with Beverley inserted into the group as a competent ball handler and shooter defenses are forced to be a bit more honest.

This group seems to have struck the right balance of offense, defense, and size to get this Wolves team off to great starts.

Chris Finch is shortening the rotation

One little concern that Wolves fans may have is the load of minutes being lumped on to the team’s top players. In a back to back situation, Karl-Anthony Towns played 36 then 38 minutes. Anthony Edwards played 39 then 33 minutes. Maybe most concerning was the 33 year old veteran Patrick Beverley needing to log 34 and 29 minutes in the two games.

It may seem trivial. They are professional athletes after all! But with some injuries in the 2nd unit it seems the starters are being asked to do more instead of doling out more time to players further down the rotation. Chris Finch has essentially turned to an 8 man rotation with Naz Reid missing time. It seems a bit early in the season to do that, but Finch understands that every win counts and the team needs to do everything it can to stay relevant.

For now I am not overly concerned about the short bench, but it is something to keep any eye on. Naz Reid and Josh Okogie getting healthy should go a long way towards lengthening the bench and taking a load off the starters, but mainly the bench players simply need to establish rhythm and chemistry so Finch can feel safe in leaving them in the game. If they can do that, guys like Karl-Anthony Towns and Patrick Beverley may be able to take a seat a little earlier in games! 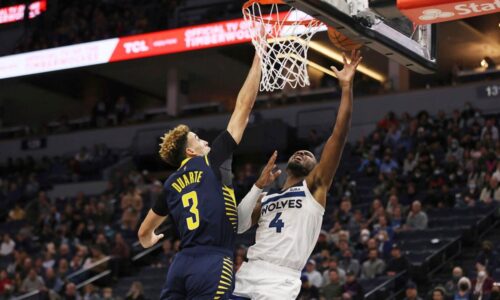 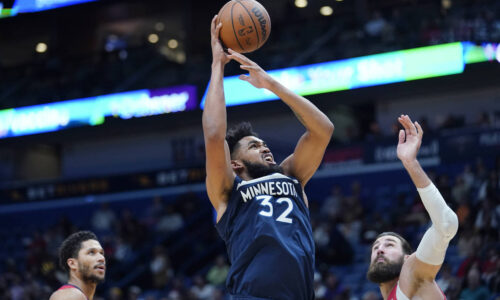 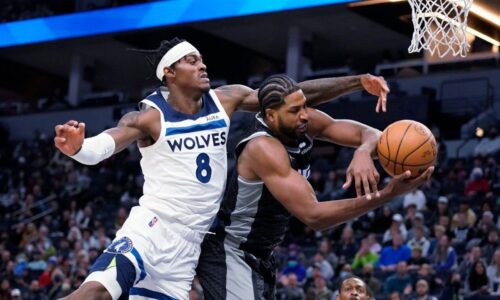 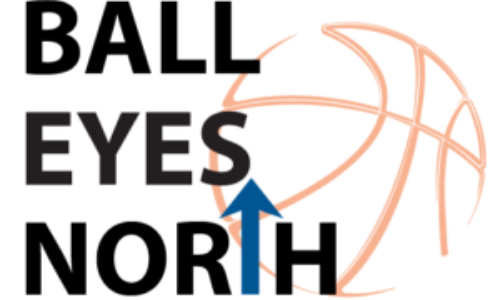